What conditions are diagnosed at AFC Urgent Care using an x-ray?

Most people are familiar with an x-ray, a medical test which is a painless procedure that produces images or pictures of various internal parts of your body.  Similar to radio waves, cell phone signals, and regular light, x-rays are a type of radiation. The x-ray machine is positioned toward the part of the body being imaged and then produces a small amount of radiation which passes through the body and an image is captured on film or a special sensor.  X-rays have been used since the early 20th century to diagnose a variety of health problems. Since that time, x-ray technology has dramatically improved.  Now being combined with computer technology, digital radiography or “digital x-rays” have become more cost effective, efficient, quicker and a safer method of producing x-ray images than a traditional x-ray machine.

What are Digital x-rays?

With digital x-rays, just like the digital camera found on your smartphone, it is no longer necessary to purchase and develop film.  Digital x-ray machines still use x-rays but instead of using film, a sensor is connected to a computer to capture the image.  There are numerous benefits of a digital x-ray when compared against the standard or traditional x-ray.

Is there a difference between Digital Radiography and Digital x-rays?

These slightly different terms are used interchangeably and mean the same thing. 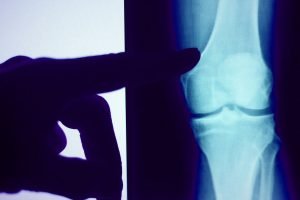 What are the benefits of Digital vs. Traditional x-rays?

The purpose of using x-rays is to look into the body and diagnose health issues that otherwise could not be viewed with the naked eye. For proper diagnosis, having a clear image is critical. Digital x-rays produce far sharper images because digital sensors assist in creating higher resolution pictures. Since these images are high resolution and stored on a computer, they can be easily magnified without distorting or degrading the quality of the image.

Digital x-rays are ready instantly and there is no need to process them unlike standard film-based x-rays.

Similar to a picture taken on your digital camera or smartphone, digital x-rays are more quickly and easily shared with different doctors for evaluation (if necessary) after your visit.  Being able to easily store, share, and retrieve digital images quickly is a huge plus over film-based x-rays.

In order to produce an image using a traditional x-ray machine, film has to be used. Many chemicals are used to develop the images from x-ray film. Several of the chemicals used are toxic, such as lead.  If the waste and chemicals used in developing film are not correctly disposed they will find their way into the environment.  A huge benefit of using digital x-rays is not having to use film and completely eliminates the need for those chemicals, which is safer for you and the environment.

Where can I get an x-ray in Hickory, NC?

If you need x-rays, our skilled medical staff can give you quick, efficient, affordable care, 7 days a week. No appointments are necessary!